A couple of months back I was sewing along on my main sewing machine, a Juki F600 Exceed, when the machine made a faint clunk, snarled the thread, and sewed no more. 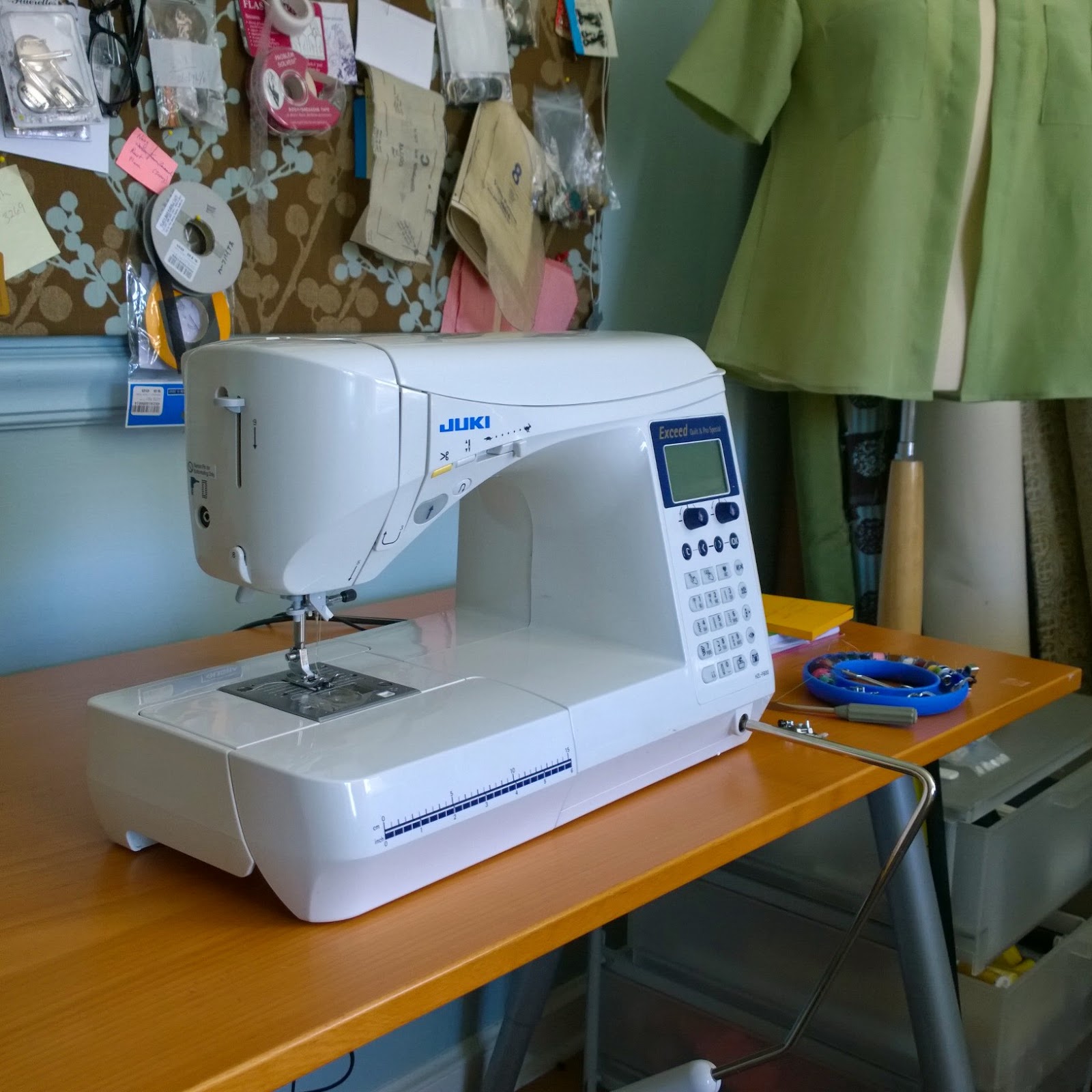 For a little while, I thought I might be able to figure out a repair myself. I've dabbled more than I ought in messing around with vintage and modern sewing machines and I have developed an inflated sense of my mechanical capabilities. Even armed with the service manual for the machine, however, I had no success in even diagnosing the problem. Down in the area of the hook, things looked and acted just plain wrong. I admitted to myself that this problem exceeded my fix-it skills.

But what to do? The nearest Juki dealer is an hour away, and I hadn't bought the machine from them, since they did not and still do not carry this model. Four years ago, I purchased the machine online from Sewing Machines Plus in California.

I had been aided and abetted in selecting this particular Juki by a lively and extensive discussion about the machine on Pattern Review. Luckily, I returned to the Sewing Machine discussion thread for ideas on how best to proceed. Member Nonette, who lives in Hawaii, suggested that I call Juki directly (through JUKI USA's website). She had also had an issue with her F600 about four years after purchase, and Juki allowed her to ship the machine directly to their technician, who had fixed it at no cost to her and had returned it to her good as new.

And that's just what I did, and just what happened with my machine! I would never have thought to go directly through the company so long after the purchase if not for Nonette's advice. If I had gotten the machine serviced locally by a non-authorized Juki dealer, the remaining warranty would have been voided and I'm sure it would have been at least $150.

The machine came back to me on Monday and is once again sewing like a dream. Even though I have a sizable stable of vintage machines, including a Pfaff 130 that is set up alongside the Juki in the sewing room and that I use regularly, I really feel a need for a modern electronic machine for many projects and tasks. I missed the Juki for sewing knits, for topstitching and edgestitching and for its excellent buttonhole capabilities. I kept sewing, but some of my projects didn't come out as well as they would have with the Juki on the job!

What was the problem? A broken hook drive cam, something I would never have been able to fix myself, since it required a replacement part. The bad news is that it broke--boo, plastic parts!--the good news is that Juki stood behind its product and made it like new again. All in all, I've enjoyed this machine quite a lot, and I'm very satisfied with Juki's service in this situation.
Posted by Virginia at A Sewing Life at 11:09 AM